In The Morning We'll Meet 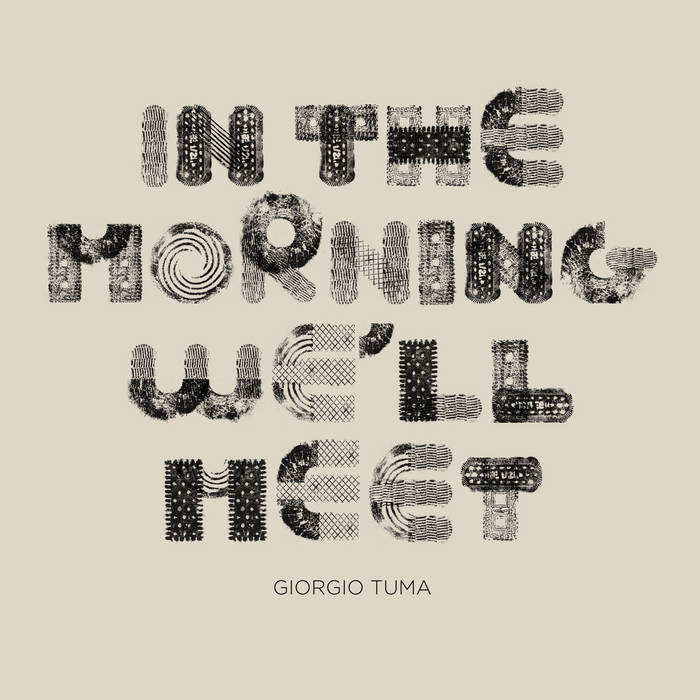 Yes, “In the morning we'll meet” is the most complicated and ambitious album that Giorgio Tuma has come across. When you deal with the musical fantasy that is hiding behind his notes, it is impossible not to evoke that colossal work of Brian Wilson’s, “Smile. Today, that figure of the song-writer as a goldsmith who pampers his melodies and arrangements with the meticulousness of a watch-maker needs to be reclaimed and dignified, and figures like Giorgio Tuma are indispensible in that process.

An album that, like all good trips, has come into being all around the world (countries like Canada, Norway, The U.S…. have seen these songs grow), to ultimately point straight towards home as the final destination. As the author himself admits, “In the morning we’ll meet” is an album of folk-jazz sung in English, but watered with typically Italian melodies, on which childhood and memories work as an emotional motor. And because we couldn’t expect anything less, the figures of the great Italian composers appear on the scene: Alessandro Cicognini, Nino Rota, Piero Piccioni, Piero Umiliani, Ennio Morricone, and singers like Luigi Tenco, Piero Ciampi and Lucio Batisti stop by to keep the references we already know like Stan Getz, Vinicius de Moraes, Brian Wilson himself, Chet Baker, Maurice Ravel and Nick Drake company.

But beware: don’t confuse the ambition of a project with the density and complicatedness of its sound. Nothing could be farther from the truth. It is precisely the hard work that has gone into Giorgio Tuma’s new songs which has given way to a more thoughtful album than his two previous full-lengths, where the dose of sun and light turn out to be slightly austere, leaving space for that nostalgia so common in evening jazz, and the protagonism of blue as an impressionist symbol fills everything. And to achieve this, as always, there is an incredible list of collaborators, among whom a few stand out like Michael Andrews (responsible for a ton of great soundtracks, like “Donnie Darko” and “Me, you and everyone we know”), Lori Cullen (Canadian jazz-folk singer who has worked with Owen Pallet and has three splendid albums out, the last of which was produced by Chris Dedrick who was the mentor of the legendary THE FREE DESIGN), and Susan Karolina Wallumrød (who has also sung with greats like Bonnie “Prince” Billy himself, and has three albums out with her group SUSANNA AND THE MAGICAL ORCHESTRA).

Ultimately, this is a one of a kind work, completely timeless, an album that the authentic music fans will enjoy with a grateful palate, and which to each new listen is a new banquet with so many new flavors to discover. And in this banquet, the principal actors are, since it could be no other way, the songs.