This Life Denied Me Your Love 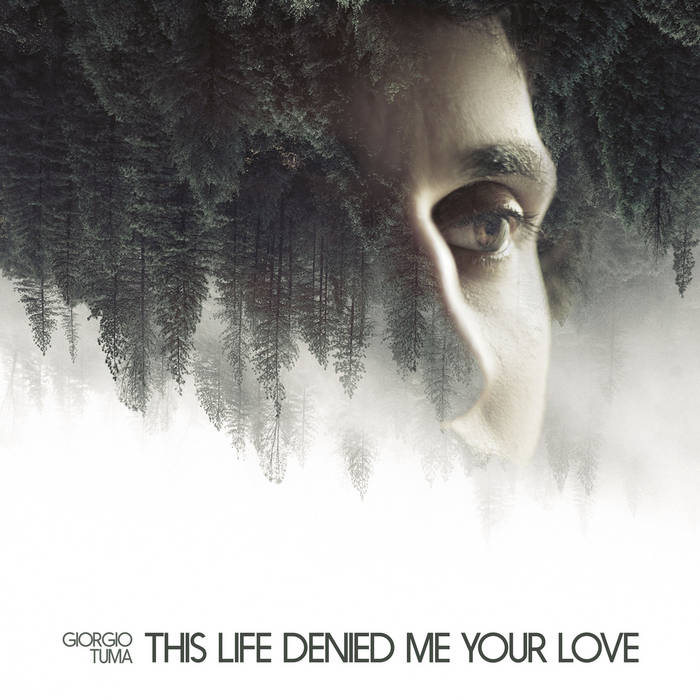 We made the announcement just a few short weeks ago - after three singles of collaborations with Malik 'theFreq' Moore, Laetitia Sadier and Lena Karlsson, and after a few months of waiting, we finally have Giorgio Tuma’s new album in our hands. “This Life Denied Me Your Love” is a collection of songs made for a galactic cocktail party, where glamour and elegance go subtly and delicately hand in hand, making a highly exciting but hard to classify collection of songs.

The album substitutes the psychedelic fantasy of previous releases for a dreamy elegance, without letting go of the small trademark hallucinogenic touches, to which we also have to add the goldsmith’s accuracy we have come to expect. In this case, the hallucinogenic touch comes from the synthesizers and arpeggiators (which curiously links him to our beloved MODULAR, using that collaboration with Laetitia Sadier, that delicious “Maude Hope”, as a tie), which intermix with silky chords and acoustic guitars. But at the same time this is probably the most introspective of all of Giorgio Tuma’s albums so far. From that opening full of synthesizers that is “The Wings Of A Loser” to that fragment of acoustic folk-blues that closes the album (“In Back Of You”), a certain melancholy runs through the album from beginning to end, with its luminous moments and other silent ones, but always with that feeling of unease that stays in the body after a sharp pain.

The album has a complex and diverse production, with the intervention of up to five different producers. The majority of the songs, up to 6, were produced by Matilde Davoli, one of the emerging figures of electronic shoe-gaze in Italy, whose sound defines songs like “Mat Matite” and “Two Half Moons”, among the atmospheric evanescence of bands like BROADCAST or even the forgotten THE UNITED STATES OF AMERICA. Another name that is an important protagonist as a pilot of this spaceship is Stefano Manca, a regular on Tuma’s recent releases and inseparable partner in numerous musical adventures. Matias Tellez’s - leader of YOUNG DREAMS and in charge of the controls on the last Sondre Lerche and KAKKMADDAFAKKA albums - participation deserves a special mention on “My Last Tears Will Be A Blue Melody” and with the deep participation of Michael Andrews as important multi-instrumentalist and arranger on three songs (protagonist of the version of “Mad World” that was used in “Donnie Darko”, and producer of artists like Brendan Benson and Van Dyke Parks); POPULOUS (one of the most reputable names in Italian electronica right now, and once part of the reputed Morr Music label) on “All These Snowy Days In Farö”; and Stephen Kaye (who has worked with people like Ziggy Marley, Zooey Deschanel, Mayer Hawthorne, Alicia Keys, Cee-lo Green and HAIM) sound engineer for all the Mike Andrews instruments recorded and mix engineer on “Release From The Centre Of Your Heart”. This collection of names is proof of the complexity of the sublime production, and makes “This Life Denied Me Your Love” have a cathartic and hypnotic effect, presented almost like an emotional trip to outer space, pleasant and disturbing at the same time, creating almost unprecedented ambiances.

All of this is demarcated by the two giants that are the advance single - the precious “My Last Tears Will Be A Blue Melody”, and that “Release From The Centre Of Your Heart” that Laetitia Sadier appropriated for her solo album, and here is sung by the aforementioned Matilde Davoli. The are two enormous songs, somewhere between the neoclassicism of Ravel and soft-jazz, between chamber music and the most precious pop, between psychedelia and electro-pop, that put the cherry on the top of what is probably Giorgio Tuma’s most demanding album, but also probably his most solid. What is unquestionable is this Italian composer’s ability is far beyond normal, and it gives shape to unprecedented and unheard of pieces, a breath of fresh air with pop foundations and universal tailoring. The universality that includes everything and can do anything. Emotional universality.